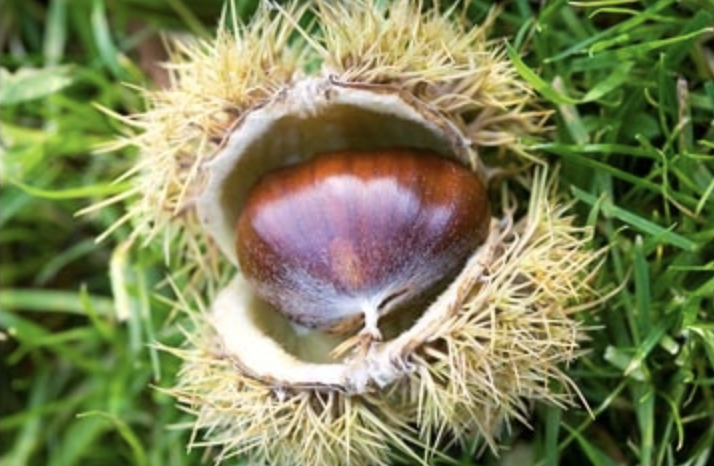 The Lesson of the Chestnut Tree

A squirrel and I shared a thought this morning. Waiting on a gravestone with a chestnut in its’ mouth, I caught his eye and stopped to say hello. Standing just a few feet apart, we exchanged pleasantries which lasted several seconds.

As I returned to my jog, questions arose.

How did he get that chestnut out of its casing?

Did he have to open the prickly outer shell?

As if in response, my attention was drawn to the many fallen chestnuts on my path. While I noticed some open and empty, others remained closed, holding tight to their prize. But then I found my answer as my eye was drawn to a beautifully displayed husk cradling a chestnut in waiting.

Of course. The tree lets go, the chestnut opens. The squirrel does the planting and, a new life grows.

But imagine if the tree hung on refusing to let go? Going against Nature takes a lot of energy. As vitality drains, the tree suffers while sacrificing its seed. The potential for new growth. So, how does this relate to us?

What is the lesson of the Chestnut tree?

What happens when a parent will not let go? Holding tight, the young adult misses out on the seed of its own life. Never exposed to the light of potentiality hinders the journey of possibility. The growing of their roots.

What happens when we hang onto hurt, disappointment, the past? When we refuse to release, move on, we also miss out. Keeping pain alive robs well-being. Unable to heal and forgive, we end up stuck in time. Change, understanding, and new life are all held at bay.

Everything has its time.

For the potentiality of new life in whatever form, ideas, change, growth, beginnings, life insists we don’t stem the flow of change. Not hang onto the past and go against the very essence of personal growth. Only through letting go do we open to the seed of greater understanding, new life taking form.

Think about it. How ridiculous if the grand old chestnut tree just held tight. Refusing to drop its’ chestnuts no matter how uncomfortable while sacrificing future growth. Just as the tree trusts in the timing of Nature, innately, we also know when it is time to let go. As for the Squirrel? His reward lies in the knowledge that by planting many acorns, he will always have enough.

This morning while jogging in the city I found myself mesmerised by rooftops and chimneys pots. Studying the variety of shapes and colours reminded me how I was first taught to draw.

It’s amazing, as just by drawing the shape of the negative, the foreground easily appears. Now as I jog I imagine drawing that line and as I do?Read More 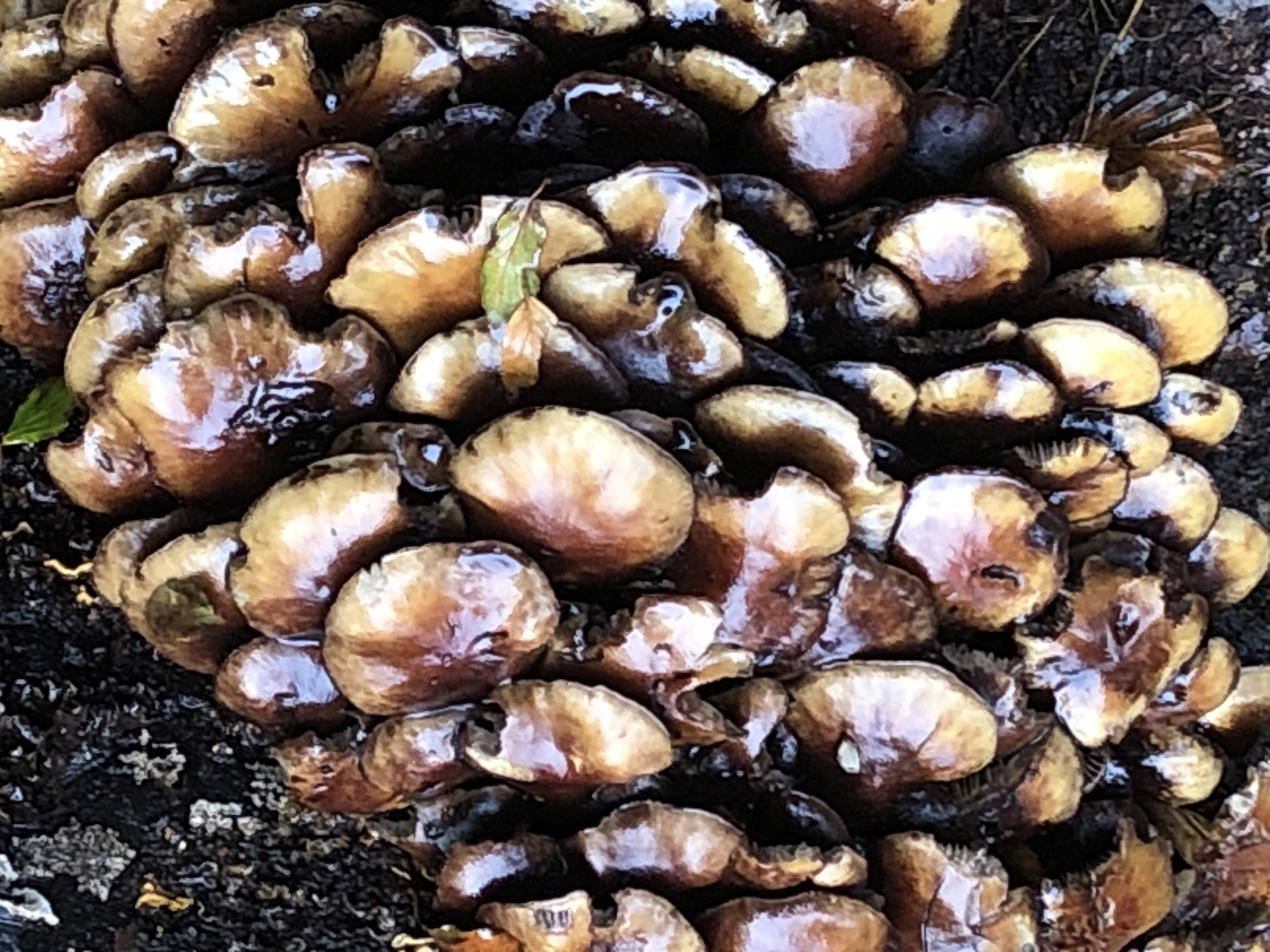 Shaking off the Dust

I find it amazing how a simple decision can change your mindset.

Housebound for over a month due to an injury, my husband suggested we go out for a walk. Although feeling better, it was one of those questions which weighed equally. It was raining. Do I make an effort? Do something different or stay stuck on the couch?

Fortunately, I said yes before giving it a second thought. Donning my rain gear, I was so glad I did. It reminded me how easily the gentle power of Nature shifts mindsets. And all we have to do – is be with it.

Stepping into the autumnal wood, I instantly felt my shoulders drop.

It was the smell of the damp that hit me first. Feeling a life force entering through my nose, it reached down to my toes. With my senses bursting into life, I felt invigorated, present, back in the world. With each footfall, my mindset shifted. Pretty much instantly, I felt different. Awake.

How does Nature work her magic?

The Earth has a slower vibration than our own. So, as we engage, we step into the Earth’s broadband, slowing to match. Which is another way of saying we drop down from the mind. By stepping into physicality, our whirling mind slows and, we relax.

How does this change happen?

Nature – just doing what it does without needing my intervention, awoke me to my senses.

The gift of Nature pulls us into the moment. We are where we are. When caught in thoughts, we could be anywhere. Instead of absorbing the wonderment, we feed anxiety. Instead of focusing on abundance, we fear lack.

Let’s face it. There is a lot to deal with at the moment. But we are not without resources to bring back a sense of balance. And all it takes is saying yes, going out for a walk.

Nature, giving us a break from ourselves, reboots and helps to re-align. As senses awaken, life-force shakes off the dust of struggle. As we step into the natural world our perspective shifts. Reminding us once again to see – all that is right with the world.

The Energy of Anticipation

Last week I received my first ever published book. Arriving in a simple brown box, it sat waiting to be opened. But I was in no hurry for its reveal. Why? Because I didn’t want to loose what I was feeling. Knowing it was expected, I awoke full of the glorious ‘bubbleness’ of anticipation. I didn’t want to open the box not because I wasn’t excited to see the finished article. But I didn’t want this feeling of overflowing joy to stop.

Do you remember that feeling? The younger you jumping up and down. Full of nervous excitement as you waited for Christmas or your birthday. Excitement so intense it had you ‘bouncing off walls’.

That day I was so moved, literally. Like a young child I jumped up and down while my ear to ear grin felt like a permanent fixture. Every cell charged with aliveness. I guess that is what I didn’t want to loose – my life force on charge.

What-ever happen to anticipation? Is it only for children? A feeling we outgrow as we put on the shoes of responsibility? Or is still within us. Perhaps it is not that it has moved away from us but we have moved away from it.

Living in an ever-ready world has its downfall. We have grown so used to instant gratification. Need something? Anything? Size, shape colour? Grab the laptop let your fingers do the shopping. Why pro-long the wait when there is the choice of a 24 hour arrival.

Have a desire? It’s yours. Easy peasy. No time wasted or effort spent. But at what cost?

Do you remember saving your pocket money? So excited as you got closer and closer getting what you really, really wanted? There was something so delicious in the waiting. Which I guess is why I had such a quandary about opening the box. I knew that the next feeling would replace my present one.

Eventually, I did open the box and my Heart burst with joy. A feeling equally as intense. All in all, it was an amazing day in which I will never forget and am so thankful I connected back into that ‘bubblicious’ feeling. A feeling so encompassing I couldn’t have contained it I wanted it to.

I have to wonder if we in our digital age having acquired so much we have equally lost. Everything is energy and energy must move. As we ride the energy of anticipation and the joy of waiting it is a good reminder to hold back. Don’t just grab because you can. Let time pass. Learn to wait. Take your time. Knowing that what you have been so looking forward will soon arrive. Why not loose a bit of the instant and reconnect into the dream. The wanting and the waiting. All energy has it place and Anticipation? It is the super-charger for joy. Something we really don’t want to do without.

I can offer all of my services remotely

At this time, especially, people need support, so I have made all my services remotely available. I have already being doing this for many years with my further afield clients. The process is exactly the same. Working equally well. We can connect via Facetime, Messenger, Zoom or Skype. Whichever you feel most comfortable with.

With regard to Hypnotherapy, as all Hypnosis is Self-Hypnosis if by chance (a very slight one) the service is interrupted it is not an issue. You will quickly awaken in your own time and reconnect. Please do not feel you are alone – reach out and ask for the help you need.

Stay safe and well. This too shall pass.